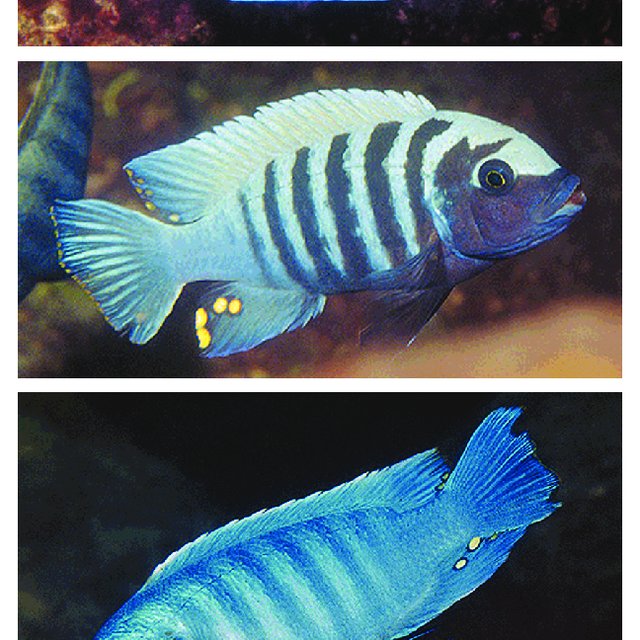 Blennies and Gobies are small elongated fish that live on the sea bottom and are easily mistaken for each other. Blennies have a continuous dorsal fin divided into the anterior and posterior, no scales and are mucus covered. Gobies have small scales and two dorsal fins. Both have usually bright color schemes and are very pleasant fish. Jawfish fish usually burrow and can be very skittish, a deep substrate is need for their burrowing habits.

Damselfish are amazing animals and very personable. Most Clowns will use a host such as a “bubble tip” anemone but can become very aggressive when established in a system for a period of time. Clowns are born neither male nor female. When they reach adulthood, the largest becomes the female. They should be kept in pairs and never mixed unless they are in a very large system. They will accept a great variety of foods and are usually very hardy. Damsels have many of the same characteristics of Clowns but can be kept in a group and will “school” together at times. Damsels can also become very aggressive in an established system.

Angels are one of the most majestic fish in the oceans. Their variety of bold colors and personalities make them a favorite of many marine caretakers. They can be very aggressive especially with their own genus and should be kept singly. The key to Angel success is a large system with lots of room and a variety of foods. Many Angels feed on corals so care should be taken when placing them in a reef tank. Although mainly vegetarian, a protein-based food should be given from time to time. Most Pacific Angels look completely different as juveniles then they do as adults.

Puffers have personalities that many people have referred to as “dog” like. There have been many stories of people talking of their Puffers following their finger around the tank or always coming to the surface when they come close to the tank. Puffers will nip at all corals and should not be kept in a reef tank. They may be aggressive to small inhabitants in the tank.

Tangs are some of the most beautiful fish to be kept in a marine system. They make excellent algae eaters for a reef system and can be kept with other species of its genus as long as there is 3 or more. They can be very territorial and should be feed actively to avoid aggression.