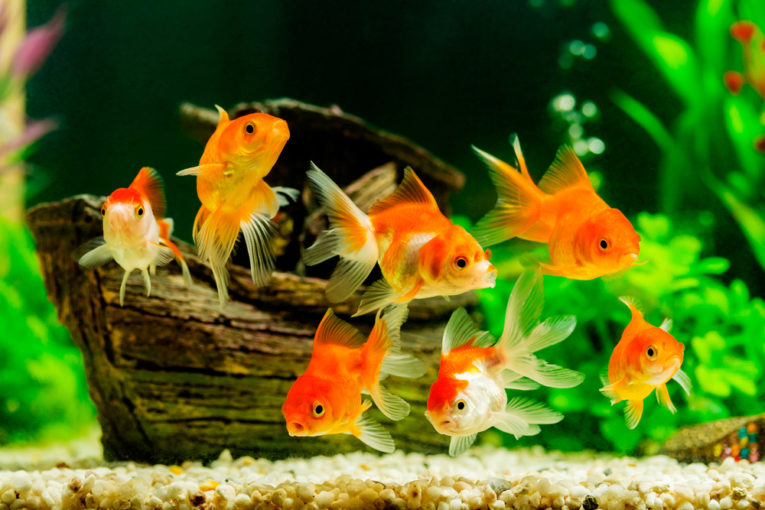 Time for fish that I have had very little luck with-Plecos. First off there are just so many that I never know what I’m really buying. The pet stores do not help when they have three or four tanks housing three or four different species yet label them all “Pleco.” I like to research the fish I buy before making a purchase, but even if I grab a book off the rack at the fish shop and flip through the pages in front of the tanks, I still cannot say with certainty if the Pleco I’m reading about is the same one I’m watching. Luckily, some generalities may be drawn.

If the label outside the tank just reads “Pleco,” what you’re looking at is more than likely going to achieve gargantuan sizes of a foot at minimum and even up to two feet if you happen to have a Snow King Pleco. The plain Pleco is what you want to buy if you have a fifty or sixty-gallon tank housing a couple of large cichlids. Basically, your new Pleco will be fine if he’s bound to be a tankmate for any of the fish we’ve previously discussed here. Generally, you should not combine Plecos with members of their own species unless you do so at the time of purchase. They will be territorial towards each other otherwise.

If you have a tank of tetras or other tiny fish, you’ll want a Clown Pleco or a Bristle Nose Pleco. These guys don’t grow much beyond four or five inches. They’re just as efficient as the big boys are, on their own scale of course. If you find these little guys too hard on your eyes, there are still more options.

For medium cichlids, there is the one member of the Pleco family which I can truthfully claim success with, the Whiptail Cat. This fish is actually from the genus Rineloricaria, but it looks like a streamlined Pleco. They’re not very active, tend to stick to their favorite spot at the bottom of the tank, and don’t cause much trouble.

If little fish are your game (and my apologies, I will get to the little guys eventually!) then you want to go with a batch of otocinclus. These fish are so tiny they almost look like tadpoles with their bulbous heads and slim bodies. If you have a nice 30-gallon show tank with fifteen to twenty neons or cardinals, a cool dozen Otocinclus will keep things clean for you…and they don’t eat plants.